Virtual reality establishing created digital Word states the principal change of the point of view in consideration of using the construction of the painting and transfigures the way of noticing the space and time. A new paradigm resulting from the shaping of human’s personality in aspect of communication between the brain and a particular extended tool appears. Some research of interfaces brain – computer was started by Hans Berger while he discovered the electric activity in human’s brain and the development of electroencephalography in 1924. The consequences of BCI technology and social media are for example selective enrichments in social stratification, psychical disorders, which are described by Jeans Clausen in 2009, more often appearing changes of personality including dissocial personality according to Allan Harrington – becoming , what interesting, a new social model in a cultural point of view. The interface has a big influence on the way people communicate. We are organisms connected to a computer. Moreover, we live in a time of post-truth The creator, in this case, is nothing more as the interactions human – computer, program – user, a new poetry coming from those interactions, and in consequences meaning social changes. With reference to glitch, means not necessarily as much as painting esthetics, it accounts for a metaphor to disordered personalities. Psychological games defined by Eric Berne are associated in the painting cycle with computer games through building the virtual reality, paradoxical presence of reality. Nevertheless, in consequences there is no difference between the reality and the cyber world because as the robot says with its metallic voice in “Hrs: Mins: Secs”, by Daedlus – ‘’The main goal is to win the game”. 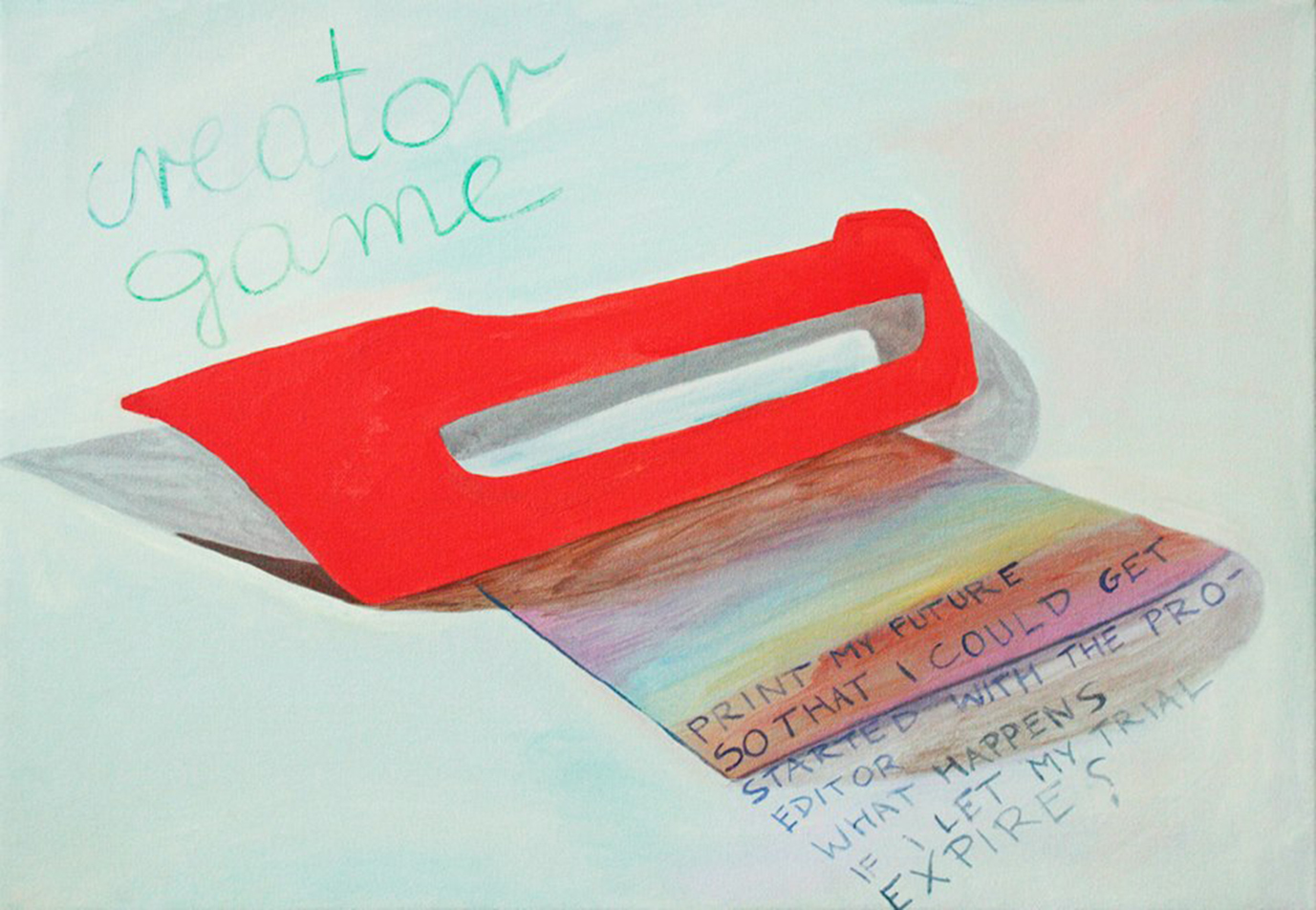 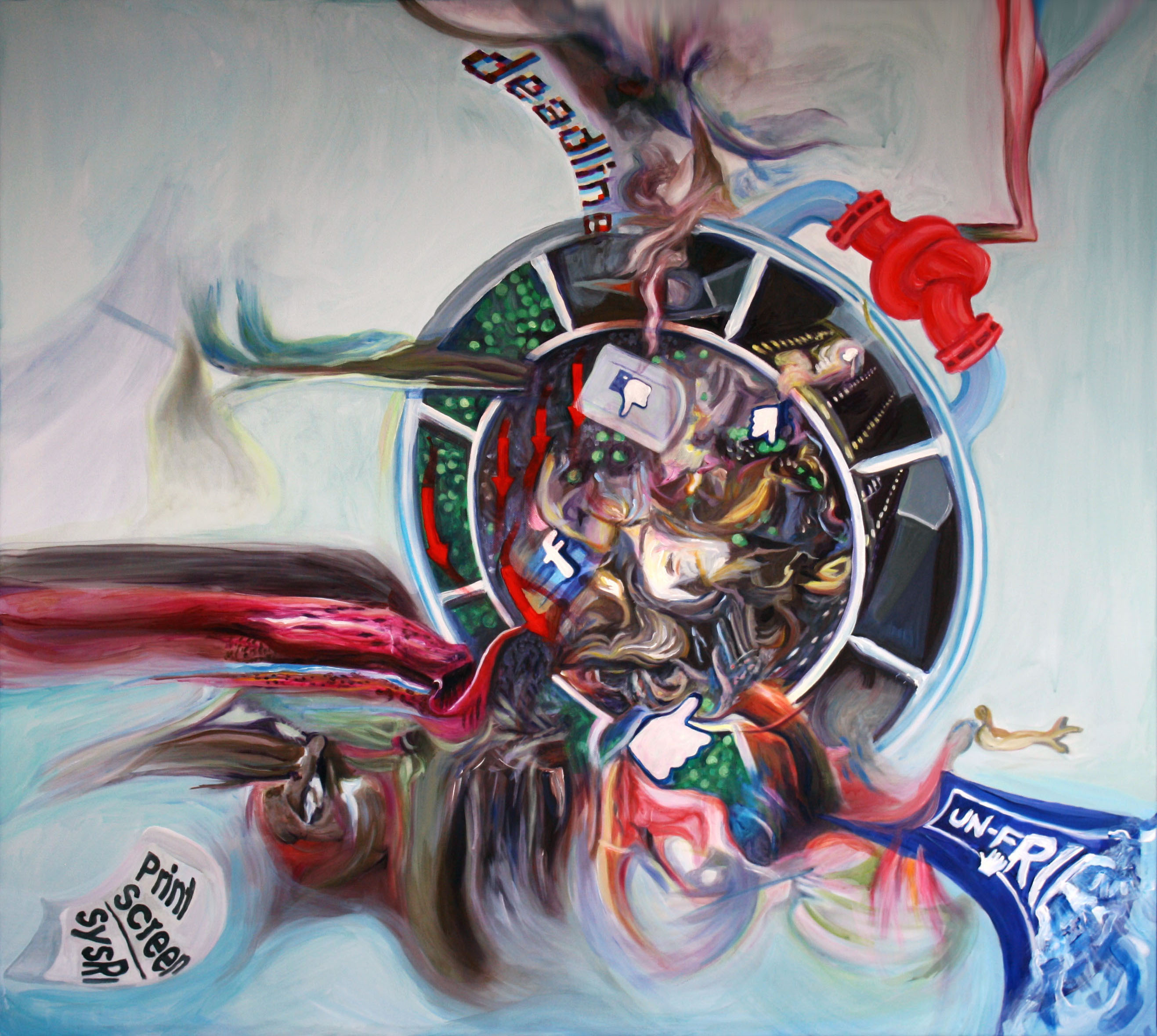 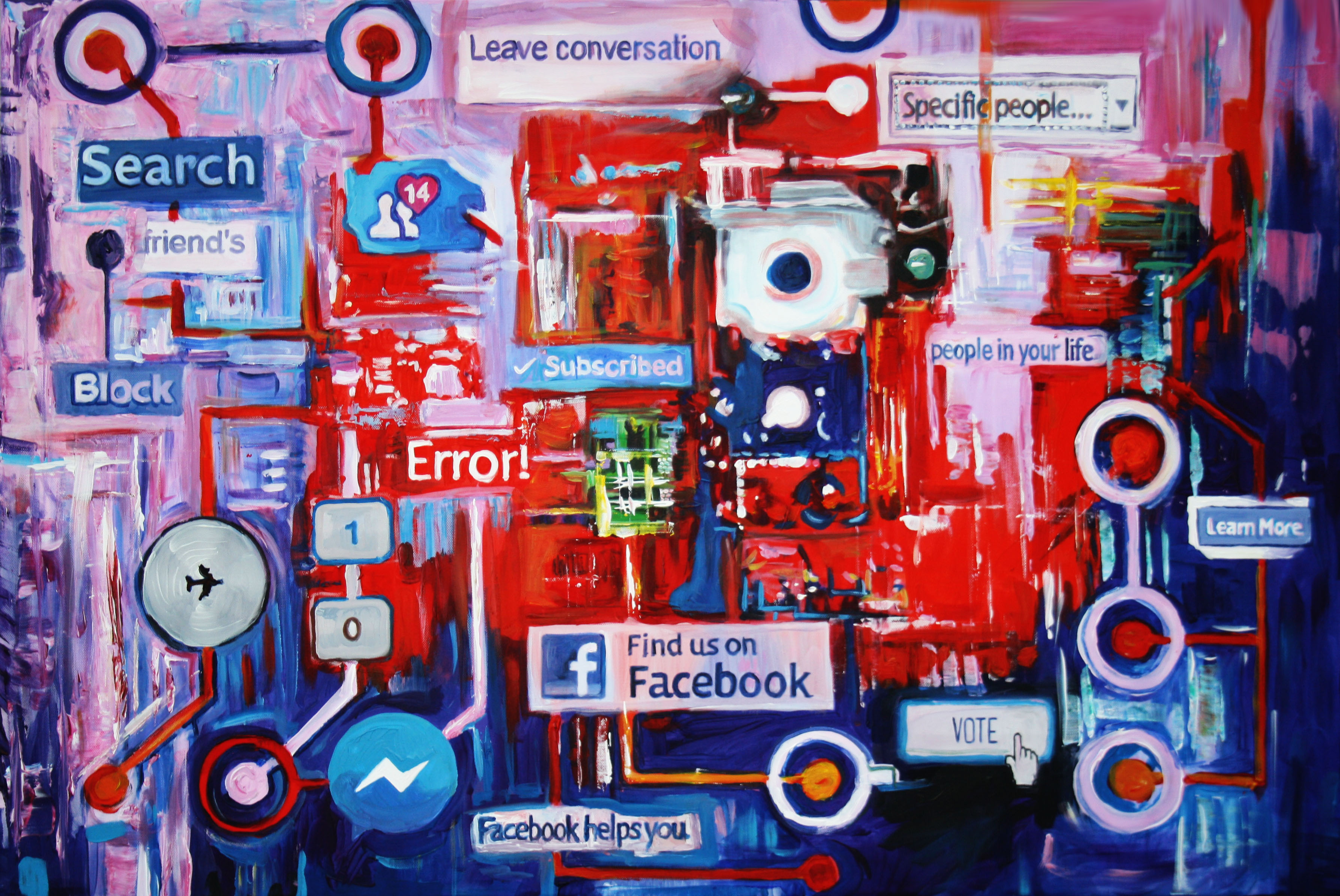 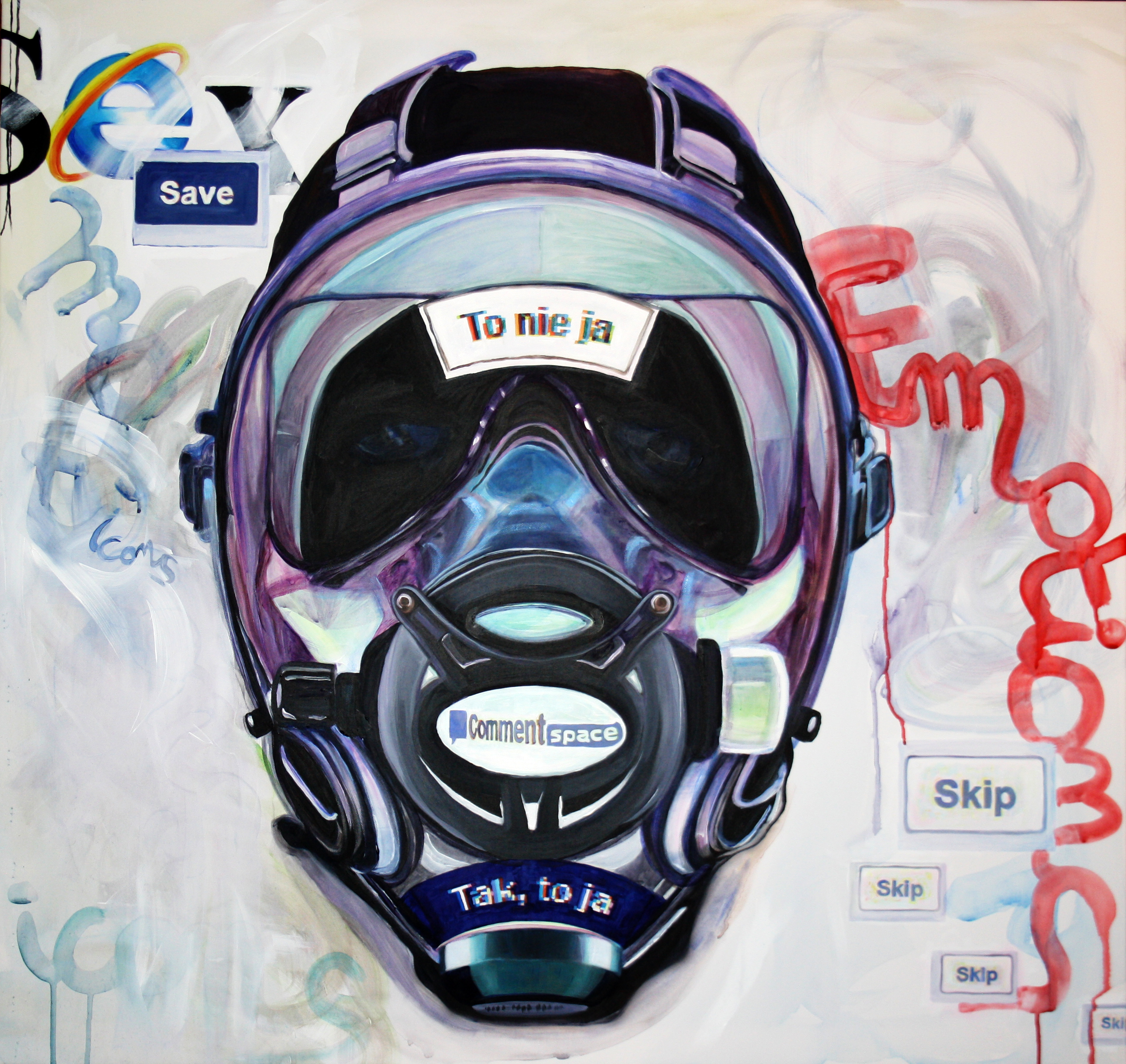