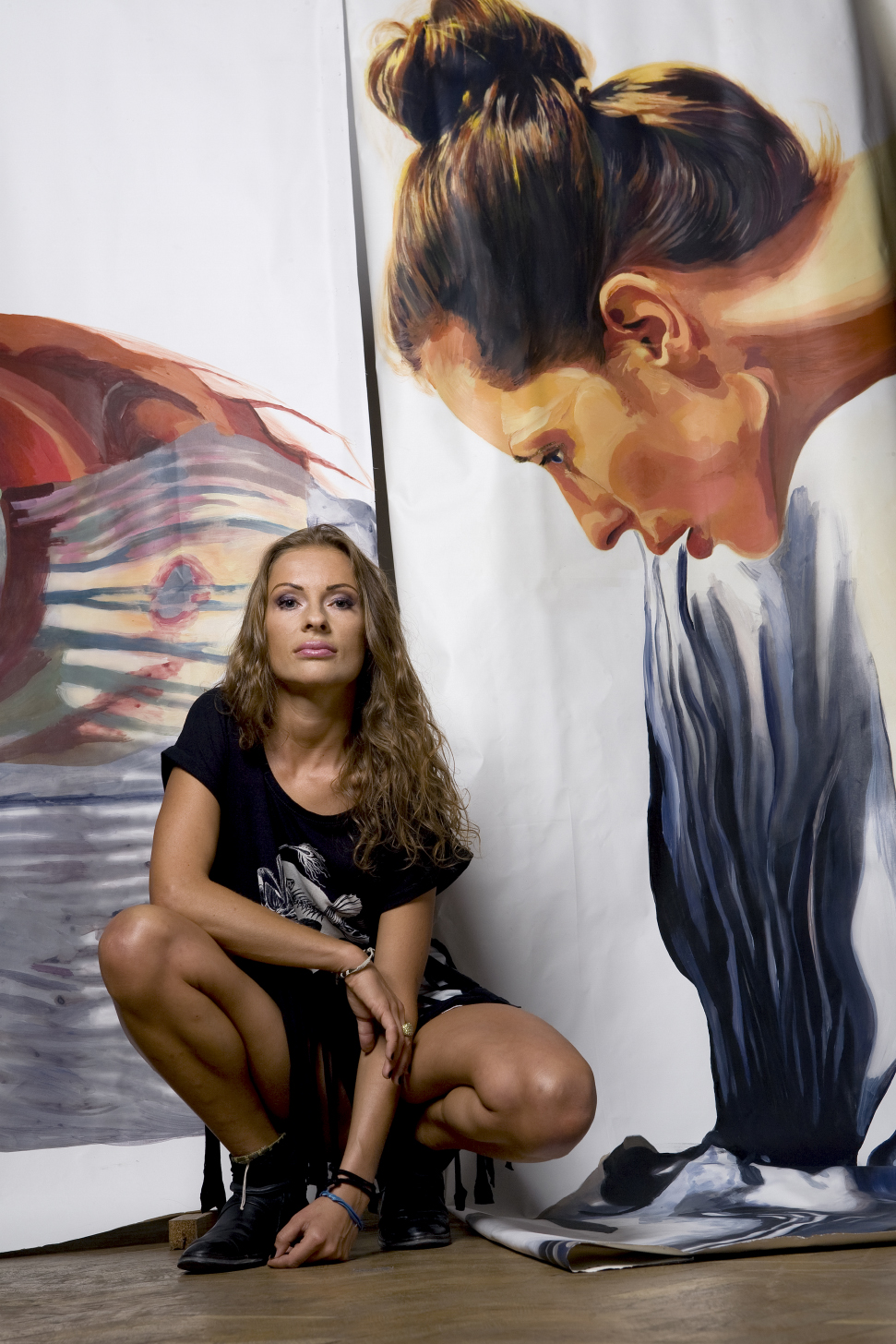 Paulina Penc – multimedia artist, jazz- experimental vocalist, feminist, activist for equal women’s rights. Born in 1980 in Częstochowa, Poland. Lives in Warsaw. She received her MFA with honors from the Academy of Fine Arts in Warsaw, Poland in Leon Tarasewicz Studio. Laureate of the Visual Spa 2016. In her paintings she refers i.a. to cultural changes, personality disorders associated with the virtual world and artificial intelligence .“The interface has a big influence on the way people communicate. A completely new poetics is emerging. We are organisms connected to a computer. Moreover, we live in a time of post-truth” – says the artist. Her works are dominated by feminist themes, as well as elements of pop culture and spirituality. The artist, thanks to her subversive attitude, efficiently mixes the political, religious and cultural symbols.  As a jazz- experimental vocalist, she undermines a traditionally understood musical work with its closed form and specific notation. The key elements of her vocal are: swing, syncopation, groove, diddle. Paulina together with Krystian Batyjewski co-create the duo passionate about research on the phenomenon of sound synergy in changing environmental conditions. As the “Stardust and the water” they come into resonance with the artificial and natural environment and mixing up the received experiences. Her strong and clear voice moves the truly existential note of the listener. Paulina has done a series of lectures about art, including “Art from the perspective of a multimedia artist” at the Center for Contemporary Art Ujazdowski Castle. As an activist, she is a co-founder of the Surwiwalki group on behalf of the Women’s Rights Center in Warsaw, co-author of the Surwiwalek Manifesto, and author of the page Stop violence in a relationship.

2011-2013 MA studies at the Department of Media Art and Scenography at the Academy of Fine Arts in Warsaw, graduated with the highest grade

2009-2011 BA studies at the Department of Media Art and Scenography at the Academy of Fine Arts in Warsaw. Honours degree

2019 “To be a woman”- collective exhibition, Crisis Cafe, Warsaw

2012 Individual exhibition of paintings from series Homofemia, Palace of Culture and Science in Warsaw